TansudoTansudo is Korea’s martial arts, which is based on strict discipline and the practice of various forms of self-defense. Tangsudo founder Hwang Kietogo said that he created the tansudo during… 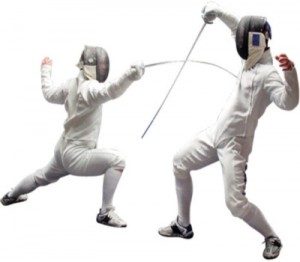 Fencing can be divided into several groups according to their field of application. This is combat fencing, designed to prepare a warrior for real battles, sports fencing, which can include para-Olympic wheelchair fencing, artistic fencing, where judges evaluate, among other things, the credibility of the battle. In addition, historical fencing is distinguished; it recreates all circumstances, costumes, equipment used in a certain period of time. Stage fencing is designed to be used only as a spectacle and is studied in theater schools.

In the sports form of fencing, the main task is to inflict a cold weapon shot to the enemy. The athlete who is the first to inflict the number of injections specified by the rules on his opponent, or inflicts more injections than the opponent at a certain time, wins the competition. Fencing fights are always held between two rivals – even in team competitions. The fight is on a special track, the length of which is 14m, and the width is up to 2m. This track is made of a material that conducts electric current, it is isolated from a device that counts injections. An injection is determined based on the passage of electric current, which passes during its application through the athlete’s arms and clothes, connected to the electrical device through wires. The arbiter evaluates all fencing fights based on the performance of the recording device, taking into account the rules in each type of fencing.

Fencing on rapiers is carried out using special sports rapiers. This is a piercing tetrahedral weapon with a length of about 1 m and a weight of half a kilogram. To protect the athlete’s hand, a guard is installed on the rapier. In this sport, injections with a pressure of at least 500 g and a duration of at least 0.025 seconds are counted. Only injections affecting the body and collar of the mask are counted, injections in the limbs or the mask do not bring points. These competitions are based on historical edged battles, where it was important not only to strike, but also to protect oneself from the opponent’s strike. This is the basis of the modern fencing rule – an opponent’s attack must be repelled before a response attack is launched.

Fencing with swordsFencing with swords is carried out using a sporting weapon 1.1m long and weighing no more than 770g, the athlete’s hand is protected by a guard. Impacts with a pressure of at least 750 g are taken into account. Injections can be applied to any part of the body except the occipital region. The recording apparatus takes into account only the blow that was delivered first. If injections were applied at the same time, points are awarded to both sides.

When fencing with sabers, they use a sports chopping and piercing weapon with an oval protective guard, up to 105 cm long. Attacks in this type of fencing are undertaken to defeat any parts of the body above the waist, except for the brush and mask. Saber and foil fencing are similar according to the basic rules of the battle.

Art fencing is a kind of sporting event, which is carried out by means of staged fights or certain exercises in accordance with the rules of the competition. Weapons of all types used in fights must fully correspond to the original weapons relating to the conditional time of the battle. The advantage in judging is given to weapons that were as close as possible to the original.

Fencing on carbines can be carried out in a simplified and complicated versions. The rifles themselves, as long-barrel firearms, were used in the 17th century. And fencing competitions with this type of weapon were held from the 40s to the 60s of the 20th century in the USSR, as part of the training of soldiers of the regular armed army, including the psychological, for hand-to-hand combat with weapons.