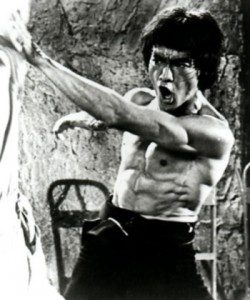 Jeet Kune-Do is a martial arts style created by Bruce Lee. In the translation, Jeet Kune-Do means “The Way of the Leading Fist.” And in our time, this fighting style is one of the most popular martial arts, it is trained in different countries around the world.

In the book of the master’s wife, Linda Lee, published under the title “A Man Only I Knew,” it is said that this method was first developed for successful self-defense on the street in threatening situations. In the techniques of Jeet Kun-Do, many styles of oriental martial arts are affected, for example – Kung Fu, Jiu-Jitsu, as well as English boxing, Filipino boxing. The techniques of these and other martial arts in Jeet Kune-Do are generalized, however, under a new philosophical base.

So, using the elements of Kung Fu in Jeet Kung-Do, Bruce Lee did not adopt all the traditional “solid” defensive stances, certain sequences of retaliatory strikes and counterattacks from this martial arts, but he took the technique of striking, blocking and intercepting from kung fu , simplifying, however, their application.

“The simple way is the right way. In a fight, nobody cares about beauty. The main thing is confidence, honed skills and accurate calculation. Therefore, in the Jeet Kune-Do method, I tried to reflect the principle of “survival of the fittest.” Less empty movements and energy – closer to the goal. ”

Style story
Now Jeet Kune-Do is popular all over the world thanks to one student of Bruce Lee, whose name was Dan Inosanto. He used the idea of ​​Bruce Lee to improve the martial arts school of the Philippines – Kali, which represents a duel using one or two wooden sticks, a knife or another object that is at hand.

Along with the style of Dan Inosanto, who reserved this name for his own school, there are other Jeet Kun-Do schools that do not use Filipino techniques, but use the practice of kung fu, karate and other styles. These schools are called Zhenfan Jeet Kun-do schools (because Zhenfan is the Chinese name for Bruce Lee). Most of them are based on Wing Chun Kung Fu. This type of martial arts Bruce Lee was one of the first to learn. It was to this style, as Lee himself admitted, that he owed his own remarkable physical condition.

The Kung Fu Institute in Croatia has developed a methodology according to which the Jit Kun-Do style study program includes 10 training complexes and 10 combat complexes, as well as a variety of tests for determining and improving the speed, frequency and strength of strikes, breaking down various objects sparring with one and several opponents. Educational technical forms contain the basic defensive and attacking technical actions, the basic principles of movements, which emphasize the preparation of the spirit and technique of the student who came to the exam to award him a certain degree of qualification. The forms that summarize other martial arts were given the names of various animals and birds: Crane, Monkey, Snake, Tiger, Dragon, Leopard, Deer, Eagle, Praying Mantis and Bear, in which the technique and bundles of movements are similar to the habits of these animals.

Philosophy of style
Jeet Kune-Do Style Philosophy In essence, Bruce Lee did not advocate martial art, and even more, he wanted to bring us a sense of understanding. However, this understanding cannot be given to someone from the outside, each person must find it for himself. Help, in the understanding of Bruce Lee, means to strengthen the ability to help yourself.

Bruce Lee wanted to express Jeet Kun-Do’s methods as a reflection of nature, Tao as an expression of what can be used, but cannot be expressed in ordinary words, cannot comprehend reason, cannot be adapted to a specific fixed system. So, Bruce told the audience one story about a Zen monk who used a boat to cross a river. After the crossing, he made a bonfire from the boat for a warm overnight. The meaning of this story is that you need to apply what has once benefited, but in some other form and for other goals.

To understand the whole point of Bruce Lee’s philosophy and style, it’s useful to understand what the phrase “survival of the fittest” means. There are a large number of different versions on this score. The correct meaning of this phrase is correspondence and the ability to adapt to the environment.