TaijiquanTaijiquan - literally means "fist of the Great Reach." This is the internal martial art of China, which is considered a type of Wushu. This martial art is very popular…

TaekkyonTaekkyon as well as taekwondo is a traditional form of martial art in Korea. In taekkyon techniques, various movements of the legs and arms are often used, which are more… 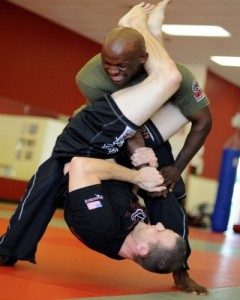 Grappling – is one of the types of martial arts, which combines the technique of many wrestling sports with the most minimal restrictions on the use of painful and suffocating techniques. There are no strikes or weapons in this fight. A feature of grappling is the wrestler’s desire to end the fight as quickly as possible, using pain or choking techniques. The second feature of grappling is the uniform of athletes, consisting of shorts and a T-shirt or, as an option, tights of wrestlers. The athlete’s clothing should tightly fit the body so that the opponent does not get any advantage during the fight, fights are barefoot.

Technically, a rather large number of different methods are used in grappling, such as throwing, takedown, positional wrestling, painful reception and strangulation, slipping away, clinching, coup.

A throw is a technique performed when a wrestler takes his opponent out of equilibrium, raises him and throws him to the ground, which looks very spectacular. The goal of the throw is to bring the enemy out of the battle with a powerful blow to the ground or to take a convenient position. END_OF_DOCUMENT_TOKEN_TO_BE_REPLACED